In Defense of Mr. Rochester 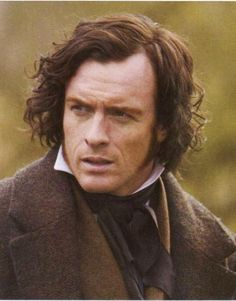 Whilst reading around the internet about characters people disliked I found a good amount of talk about Mr. Rochester. Everyone’s divided. Was he a good man? Or was he a bad man? I am on the side of he’s a bit of both.

I found one consistent argument against him that I feel the need to talk about.  Several bloggers talked about how it was horrendous for Mr. Rochester to keep his mentally ill wife locked away in the attic. Some even said he probably caused her to go more insane by doing so.  The common complaint was why didn’t he have her treated or sent to a hospital.

Now this surprised me because I’ve done a bit of research on the history of psychiatric hospitals and doctors who treated inmates.  In the 1800’s (Jane Eyre is set during the reign of George III from 1760-1820) mental hospitals were generally places worse than death. It wasn’t until the final years of King George III’s reign that mental illness was seen as something to be cured with compassion.  Before then inmates were often chained to beds and walls, left to sit in their own bodily fluids and treated with corporal punishment.  So in 1790 health institutions were still a very new thing. Doctors in France and England were just starting up, William Tuke was a Quaker who led the movement to make health institutions better. At this point Bertha had probably been living at Thornfield hall for many years.  It’s my belief that Edward Rochester felt he was doing the best he could for his afflicted wife.  In his home she would have a daily companion, good food, and warm living space.  Would he have been able to find a safe and human place for his wife elsewhere? I don’t think we can say with certainty. It would have been easier for him to just keep her at home.

Edward Rochester had been tricked into a marriage that destroyed parts of his life.  In a day and age when it would have been perfectly acceptable for him to leave her somewhere she could have died. I think it shows he had some sense of duty and compassion that he kept her in his home and provided for her.

Could you argue that Mr. Rochester could have done a better job? Yes, you absolutely can. The fact that Grace Poole would sometimes drink is a big problem. Bertha Rochester was a danger to anyone living in the house.  Mrs. Fairfax and Adele’s very lives were at risk during points in the story. Obviously he should have hired a better companion for Bertha. Did the lives of his ward and servants mean nothing to him?  The answer to that question is yes. He didn’t care at that point.

Edward Rochester, before the arrival of Jane, is a terrible man. He’s selfish and self-centered. Rochester only wishes to make himself feel good and to escape the burden of his wife.  Enter Jane. Simple and beautiful because of her innocence. Jane changes Rochester for the better.  She makes him want to be a better man.

Some readers were upset that he lied to Jane and tried to marry her without letting her know that about his first wife.  This part is very upsetting.  Jane has found love and acceptance for the first time in her life only to realize he’s lied to her.  But I believe Rochester gets what he deserves for lying. Instead of being able to marry Jane he’s left alone with the consequences. It’s only after Jane feels like she could be his equal that she tries to see him again.  And when she finds him Edward is completely dependent on her. I believe that he realizes that he’s not worthy of this good woman, he betrayed her trust but yet she’s come back. Edward changes from the selfish man to the man who would do anything to make someone else happy.