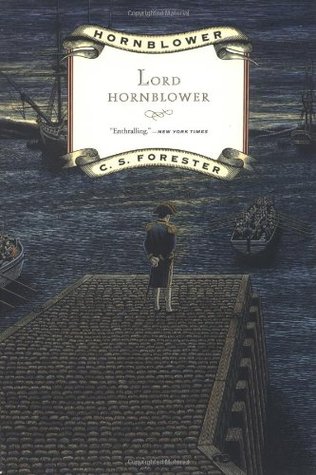 Goodreads Synopsis: Weary of the war that he has waged nearly his entire life, Hornblower finds himself assigned an especially dangerous and dubious new task: to rescue a man he knows to be a tyrant from the mutiny of his crew in the Bay of the Seine. This risky adventure, coinciding with reports that the tide of war may be turning-as Wellington has swept over the Pyrenees and the Russians have reached the Rhine-propels Hornblower toward the heart of the French Empire, toward a fateful reunion with old friends, and toward the harrowing but glorious conclusion of his own battle with Napoleon.

I’m actually currently reading the last book in the series, so I find it funny that I’m writing the review for the second to last at the same time.  This was a fun book, Hornblower goes to stop a mutiny and of course other adventures happen along the way. Lord Hornblower is again at sea, being brilliant, on land trying to spend time with his wife and son. Oh! And in this book he actually has time to be with his friends, which was adorable. Poor Hornblower can be such a loner sometimes.

One of the reasons I like this series is because, unlike other navel stories, the Hornblower series doesn’t tend to get bogged down by technical navel lingo.  The stories are easy to read and Hornblower an easy character to like.

It does get a little repetitive, and I’ll be the last person to deny that.  This book was merely a three star read. But if you’ve seen the TV show as well as read the books, it’s hard not to read to see how the story ends. 🙂