Weekend Cooking is a weekend blog meme hosted by Beth Fish Reads. Today I’m sharing a recipe that I tried for the first time ever yesterday.  I found this recipe for Chicken Shawarma, and decided it sounded too good not to try.  I remember the first time I ever had Shawarma was in Ecuador, myself and the others I was with were waiting for another group of people to arrive and we got dinner at a little hole in the wall. It was really good food! I had actually forgotten about that memory until I started writing this post. 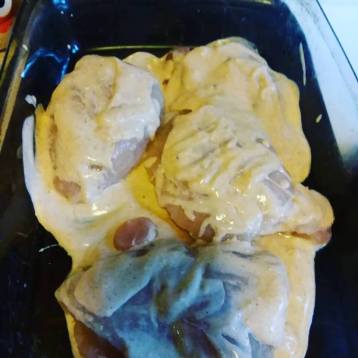 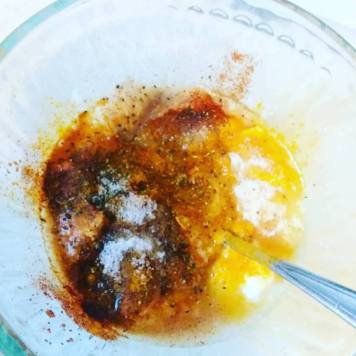 So I marinated the chicken for about an hour, the recipe said I could do it for a half hour or more, and I had just enough time for a good hour.  In the meantime I decided to make a batch of hummus, it’s Grant’s favorite and its so much fun to make. I didn’t use a specific recipe for this because I’ve made it so often I just go with what tastes right.

I decided to bake the chicken, it was just the easiest for me though not technically how the Shawarma is supposed to be made. But I have a tiny kitchen and no grill so the oven it was! I also cut up some tomatoes, garlic and lemons and baked them with some salt and pepper.

Everything turned out really tasty! It was a definite hit for my family and I’ll be making it again. Next time I’d also like to try and make my own Pita bread.