The Curses – By Laure Eve 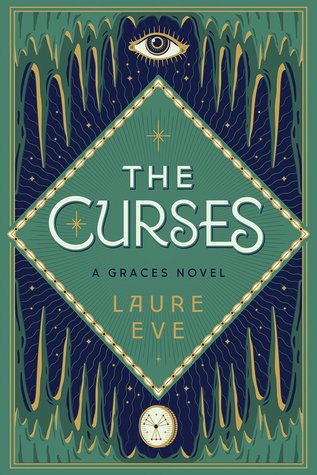 Goodreads Synopsis: Picking up the pieces after the chilling events of the previous year isn’t easy, but the Graces are determined to do it. Wolf is back after a mysterious disappearance, and everyone’s eager to return to normal. Except for Summer, the youngest Grace. Summer has a knack for discovering the truth—and something is troubling her. After a trail of clues leads her to what could be the key to both her family’s mysterious past and the secret of Wolf, she’s determined to vanquish yet another curse. But exposing secrets is a dangerous game, and it’s not one Summer can win alone.

At Summer’s behest, the coven comes back together, reluctantly drawing their erstwhile friend River back into the fold. But Wolf’s behavior becomes unpredictable even as Fenrin’s strength fades, and Summer must ask herself whether the friend she so loves is also planning her family’s ultimate, cursed demise.

I was pretty nervous about starting this book, as I always am with sequels. There was so much to love about the first book, I was worried that this one wouldn’t live up.

The Curses starts off pretty much where the first book left off. And it took a good 30ish% for it to pick up. I almost quit because of how boring the beginning was. But I liked Summer as a narrator, and there seemed to be a budding romance between herself and River that was cute. Even if River is the least developed character in the story. So I kept on. The story felt fairly predictable, but the writing made up for any guessing that I did. I really like Laure Eve’s style.

Like the first book, this was a really good story about family and siblings, which I thoroughly enjoyed. I loved seeing how they learned to talk to each other and become better people together. This is probably the main part of the book that I loved. There’s a lot of character growth in this book.

In the end I gave the book 3 stars. It’s not as good as the first book, but it does have some really good qualities. I felt like it was queerbaiting the relationship between River and Summer and that definitely made me rate the book lower.

On second thought I'm actually going to dry these, but it took me anxiety cleaning to see that they were still beautiful.
How many things can I do at once? Enough for me to be preoccupied and forgot to eat apparently. 🙄 Who else has read Alison Bechdel's comic memoirs?
Not posed at all, I just happened to catch them being cute together. 😍 #wcw #throuplelife #polyamfam