Are You My Mother – By Alison Bechdel 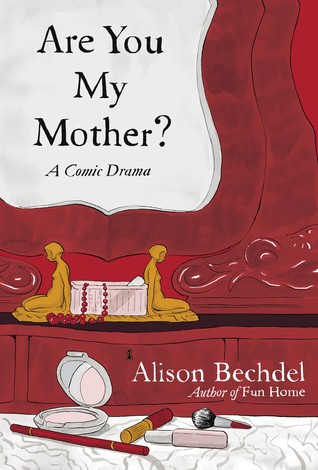 Goodreads Synopsis: A graphic memoir of Alison Bechdel becoming the artist her mother wanted to be.

Alison Bechdel’s Fun Home was a pop culture and literary phenomenon. Now, a second thrilling tale of filial sleuthery, this time about her mother: voracious reader, music lover, passionate amateur actor. Also a woman, unhappily married to a closeted gay man, whose artistic aspirations simmered under the surface of Bechdel’s childhood . . . and who stopped touching or kissing her daughter good night, forever, when she was seven. Poignantly, hilariously, Bechdel embarks on a quest for answers concerning the mother-daughter gulf. It’s a richly layered search that leads readers from the fascinating life and work of the iconic twentieth-century psychoanalyst Donald Winnicott, to one explosively illuminating Dr. Seuss illustration, to Bechdel’s own (serially monogamous) adult love life. And, finally, back to Mother—to a truce, fragile and real-time, that will move and astonish all adult children of gifted mothers.

Find on Goodreads and Book Depository.

After reading Alison Bechdel’s graphic novel Fun Home I decided I had to read more by her so I immediately grabbed anything my library had, and this was one of them.

It was interesting to read both Bechdel’s memoirs one right after the other because I was able to compare the way she told each story. Maybe because there was so much time between the death of her father and the creation of the graphic novel, maybe just because her relationship with her mother was different.  Either way, it’s a fascinating looking into her life and the way that our parents affect us.

I’ve heard people say that they don’t think Are You My Mother? is quite as good as Fun Home. But I think I disagree with that idea.  Bechdel’s memoirs are too different stories, and to compare the two of them too much seems unfair. That would be like comparing your right arm and your left arm, sure one might get used a little more than the other, but they’re both your arms.  You still have Bechdel’s wonderful writing style, her vivid dreams, and the way she ties everything together in such perfect circles.  Bechdel has grown, as a writer, artist and a person since the publication of Fun Home, and that in and of itself is interesting to see.

In the end I gave this graphic novel five stars on Goodreads, and I highly recommend this to you all.